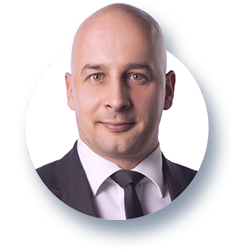 Over the years passed we have experienced wonderful and fruitful times within our ever stronger, ever visible and respected umbrella organization, the FUEN. More than one million signatures supporting the Minority SafePack initiative, is a value, which we certainly should be proud of.

On behalf of the Party of the Hungarian Community in Slovakia (Magyar Közösség Pártja), we are looking forward to co-host the upcoming FUEN Jubilee Congress and to present you the diverse traditions of our minority. We would like to welcome you soon in in Pozsony • Bratislava • Pressburg and Dunaszerdahely • Dunajská Streda!

József MenyhártPresident of the Party of the HungarianCommunity in Slovakia 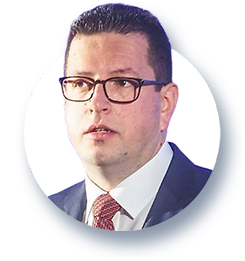 This year, FUEN turns 70. Our organisation celebrates seven decades in the service of autochthonous, national minorities and regional language groups, so it is only natural that we want to mar the anniversary at the biggest gathering of the European minorities, the FUEN Annual Congress 2019.The upcoming congress in 2019 in Bratislava • Pozsony • Pressburg and Dunajská Streda • Dunaszerdahely, Slovakia will be an excellent opportunity not only to celebrate and to look back on what we have achieved in the past 70 years, but also to have a new perspective to the upcoming years. Europe, and especially the European Union is in transformation and we have to see it as an opportunity. The minorities of Europe need to be part of these changes, our Minority SafePack Initiative is the strong voice to support it. For us, this process starts at the Anniversary Congress, where our Assembly of Delegates will convene and elect the new Presidium of our organization.

The FUEN Presidium and the General Secretariat welcome you all! See you in Slovakia! Wir sehen uns in der Slovakei! Találkozunk Szlovákiában! Uvidíme sa na Slovensku! 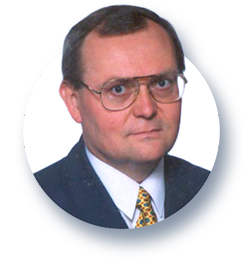 On behalf of the Carpathian German Association in Slovakia, I would like to welcome you to the FUEN Anniversary Congress in Bratislava • Pozsony and Dunajská Streda • Dunaszerdahely.

Francis Bacon once wrote: "Unity and uniformity are two different things". The idea of Europe as an aspiration for unity, harmony and peace encompasses the diversity, variety and pluralism of Europe. The FUEN, founded 70 years ago, embodies this ethnic-cultural diversity. We are honoured to be able to co-host the FUEN Jubilee Congress. I wish us all a successful congress and a pleasant stay in Slovakia!

Travel options Bratislava is well connected via the highways network and has very good public transport connections with its neighbouring cities Vienna and Budapest via train and bus.

Bratislava, the capital of Slovakia, lies at the historical crossroads of the Danube waterway and the Adriatic-Baltic trade route. The oldest name Brezalaupurc comes from the year 907. In 1291 Bratislava was raised by Andreas III. to the royal free town.

From 1536 to 1830 Bratislava was the coronation town of the Hungarian kings, during this time 10 kings and one queen (Maria Theresa) were crowned in Bratislava.

In the city once three ethnic groups lived next to each other and three languages were spoken: German, Slovak, Hungarian. The town also had three names: Bratislava • Pressburg • Pozsony.

In 1880 the town had 48,006 inhabitants, 30,440 of whom were Germans. Most German speakers had to leave Bratislava after the 2nd World War. According to estimates, only 3000 German-speaking inhabitants live in Bratislava today.

Among the city's landmarks were the Bratislava Castle, the Gothic Cathedral of St. Martin, the old Town Hall, the Michael Gate and the Primatial Palace.

Hungarians in Slovakia are one of those ethnic minorities in Europe who emerged as a result of the Versailles peace-treaties at the end of the First World War. The Hungarian community in Slovakia has lived in its current place for more than a thousand years.

Virtually all ethnic Hungarians live in geographically contiguous areas of southern Slovakia. This region, bordering Hungary, is approximately 7,500 square kilometers large and 61.2 % of its population is ethnicly Hungarian. Hungarians exceed 50 % of the local population in 432 municipalities. They live typically in small towns and villages, situated in fertile lowlands. 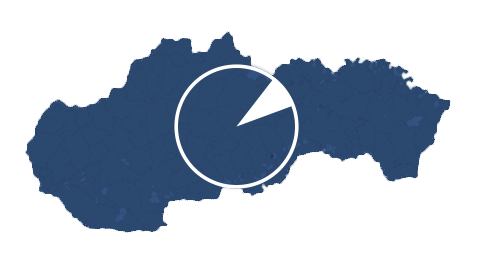 Currently there are around 460 thousand ethnic Hungarians living in Slovakia (8.5% of the total population of Slovakia), in addition, around 50 thousand people claim that their first language is Hungarian. Nationwide, they are the largest ethnic minority in the country. The decrease of the number of Hungarians in Slovakia has dramatically accelerated in the past 20 years. During this period their number has decreased by 19 %.

After 1945, German was taught only as a foreign language, and it was only in 1992 that a new beginning was made with the establishment of German kindergartens, bilingual elementary schools and grammar schools. Since 1991 the "Karpatenblatt" has been published in Deutschedorf, the monthly newspaper of the Carpathian Germans. As far as the language of the members of the German minority in Slovakia is concerned, the traditional German dialects must also be mentioned.

Since the 11th century, craftsmen, merchants and winegrowers from various German-speaking regions around Bratislava were settled, but only after the Mongol invasion in 1241 was the landscape systematically populated by Germans. The result of the medieval eastern settlement movement for western Slovakia was the emergence of a rather closed German settlement area, with its western base leaning against the March and Danube rivers and extending from the Small and White Carpathians to the Váh River.

On the eastern slopes of the Little Carpathians lie the wine settlements. The series begins with Ratzerzsdorf, today already a district of Bratislava, followed by the former royal Hungarian free towns of St. Georgen, Bösing and Modern with the winegrowing villages of Grünau and Limbach.

After the Mongol storm of 1241, the German settlement of Schüttinsel also began. It was mainly farmers who turned the swampy, inhospitable areas along the Danube into a granary of the country. About 25 German villages were built at that time. Only six villages remained German until 1945: Oberufer (world-famous for the Christian Birth Game), Bruck, Waltersdorf, Mischdorf, Schildern and Tartschendorf.

Dunaszerdahely • Dunajská Streda is the most important town of the Csallóköz • Žitný ostrov • Schüttinsel geographical region. The town has a Hungarian ethnic majority (74,5 %) and its population is 22,652 (2015). Being at the junction of main trade routes, it has always been a vibrant and busy regional commercial centre. The name of Syridahel was first mentioned in 1256. „Szerdahely” means "Wednesday (market)place" in Hungarian and it indicates the town had the privilege to hold a market on Wednesdays.

During the communist era the town underwent rapid modernization and industrialization, which has left over 85% of the city's historical center demolished and replaced with social-realist concrete buildings typical of the era. This has also caused the city to lose its previous character. In the 1990s the center of the town was totally rebuilt and revitalized according to the plans of Imre Makovecz, a famous Hungarian architect of the "organic" school. Today, it is one of the centres of the ethnic Hungarian community in Slovakia and is the fastest growing city of southern Slovakia.

The great bustard is the heaviest flying bird in the world; as well as the symbol of the region of the Žitný ostrov • Csallóköz • Schüttinsel. The highest confirmed weight of an adult male is 22 kilograms. The great bustard is a grasslands non-migrating species that needs enough insects, rodents, amphibians and reptiles to raise their young. Sadly enough, due to the intense agricultural activities in the region (large-area monocrops), the bustards have gradually lost their natural nesting places. Since the beginning of the new century this magnificient bird is no more present in the region, but as the latter’s iconic symbol, would deserve repatriation efforts.

Csallóköz is a river island extending from Pozsony • Bratislava to Komárom • Komárno. It lies between the Danube, its tributary Little Danube and Vág • Váh. The island is a major part of the Danubian Flat. It is the biggest river island in Europe with an area of 1,886 square kilometres, being 84 kilometres long and 15 to 30 kilometres wide. The island is an important reservoir of drinking water and an agricultural region.

Ármin Vámbéry, the famous orientalist, writer, scholar, explorer and also a spy of the British Empire in Central Asia, was raised in Dunaszerdahely • Dunajská streda.

He advocated the theory of close Turkic-Hungarian linguistic and ethnic relationship, while his publications on the subject provoked a harsh scientific and public debate in Hungary, remembered as the "Ugric-Turk War"

Party of the Hungarians in Slovakia

Please choose your status on the first page!
Romanian press form is different from the others. Your participants fields have been reset.
Error